Last Friday, October 21, the Bay Area Drupal Camp (BADCamp) played host to the first ever (or so I've been told) Higher Education Drupal Summit. This all-day event was envisioned by the BADCamp organizers as part of a suite of events to take place the day before the camp sessions.

Also taking place that day was a Non-Profit Drupal Summit, a Core Developer Summit, and several free training workshops provided by BADCamp sponsors. All were heavily attended and I heard good things about each one.

I had the pleasure of being on the organizing team for the Higher-Ed Summit, along with Zach Chandler from Stanford University and Andrew Mallis from Ideograph.

We met in the idyllic Maude Fife Room, located in the UC Berkeley English Department. The room provided the perfect setting for information to be shared, relationships to be fostered, and fun to be had.

The day began with coffee and bagels from The Coffee Spot, and directions that the participants take a seat oriented geographically. The idea here was that people would start the day discussing issues among those in their own colleges, or, if they happen to be the only representative of their college, meet some folks from colleges located nearby. We had attendees from as far away as Osaka College in Japan as well as NYU. By far the most heavily-represented colleges were UC Berkeley and Stanford University. In fact, those two universities made up over 1/3 of the total sign-ups.

Our first case study was presented by Kevin Miller (kevee) from California State University Monterey Bay. He absolutely floored everybody with the most incredible Open Atrium setup I've ever seen. Superb attention to detail and heavy javascript UI elements were just the beginning. Kevin made a point to refrain from using the "P" word, as he called it ("portal"), but it was definitely the "gateway" to campus resources, and a remarkable project management tool (ghantt charts!) in addition to the standard Open Atrium features. He also detailed a web services system that they put together to feed data from PeopleSoft. Oh, and just one more thing... Every prospective student who applies to CSUMB is given an account with limited permissions, and can monitor their application process. That puts the number of active users in the tens of thousands.

Before lunch, we had about half an hour to hear from our participants in the form of lightning talks. We heard from:
ImageX, who built a major 190+ site Drupal installation for Portland State University
John Bicker from Stanford University, who talked about a shared Features Server his group is building.
Noah Wittman from UC Berkeley
Brian Pickett and Jackson River from SalesForce
Nica Lorber and Eric Hestenes from Chapter Three who talked about Open Academy

Lunch was catered by Celia's Mexican Restaurant and graciously sponsored by Stanford University.

After lunch, people came back into the room and engaged in topical BOF discussions. There were tables for Mobile, Social Networking, Design/Theming, Profiles/Features, Large Drupal Installations, External Integration, Project Management, Marketing/Communications, and more that I'm forgetting.

Next were back-to-back case studies. First, Zach Chandler (zchandler) and Irina Zaks (irinaz) talked about how Stanford University has formed an in-house Drupal shop for rolling out web sites for the campus, and how they're partnering with other companies to fill in the gaps. Then, Peter McMillan (peterm95018) and Tim Gustafson (tjg) detailed UC Santa Cruz's process of consolidating from six CMS platforms and living peacefully with a campus installation of Hannon Hill Cascade Server.

After a break, we passed the mic around, literally, from table to table and people were free to bring up just about anything. We heard about Aegir, Features, branding, and brought up the designers vs. programmers debate.

Our last case study was by Emanuele Quinto (emaV) from San Francisco State. He talked about continuous integration and project deployment using QuickBuild.

All in all, it was a full day and more info than anyone could fully absorb. There were times when conversations were going full-force around every table, and I was very reluctant to bring it to a close so our next case study presentation could commence.

I want to thank everyone who came together to make this event happen. BADCamp organizers Matt Cheney, Jen Lampton, Will Thorne, Kate Miller and Stephanie Cannon from Chapter Three; Zach Chandler, my co-MC, from Stanford; Jack Hutton who staffed the registration table all day; and last but certainly not least, Andrew Mallis, who was a bottomless spring of ideas and who probably put in more work on this summit than everybody else combined.

(Incidentally, I didn't take any photos during the event. If you have some, please let me know so I can post them.) 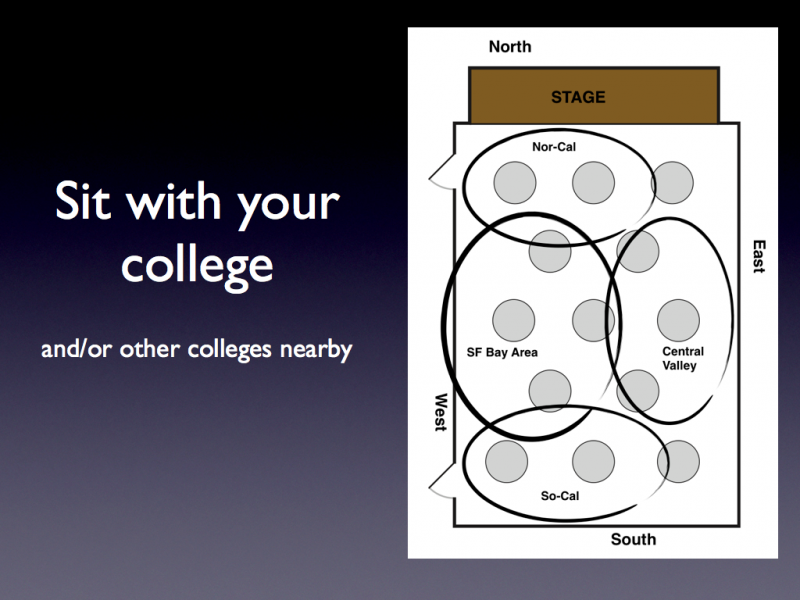 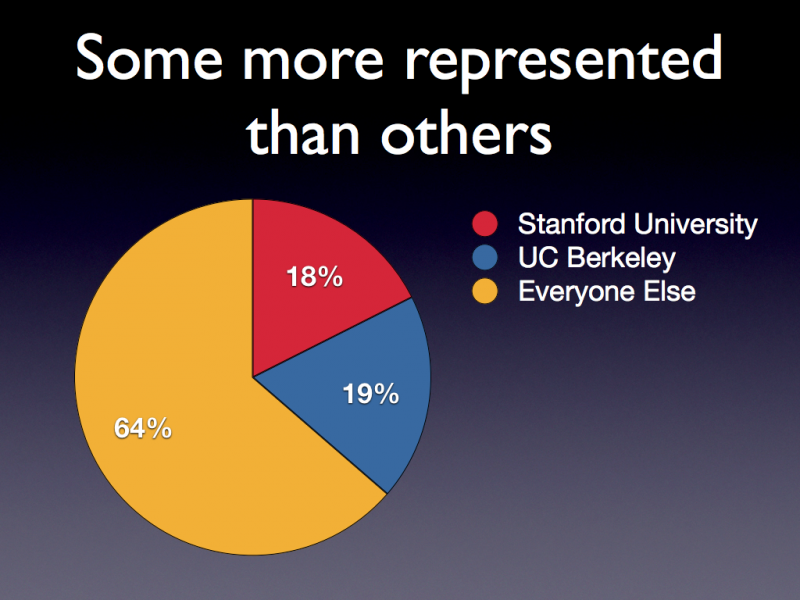 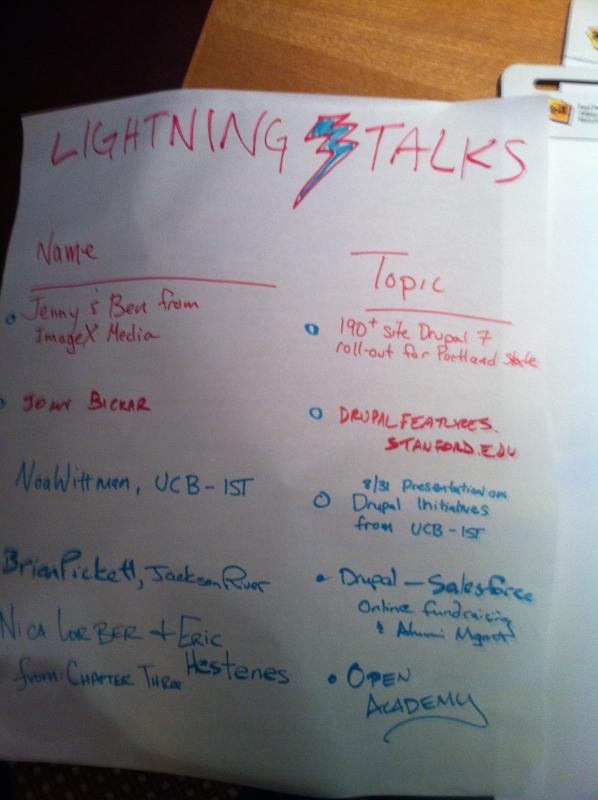