Check out this little guy. It's cool when animals cooperate with you. I didn't even have to pick him up and place him on the rock. He decided to take a stroll of his own accord.

Whenever we can, we spend a weekend in Nevada City and make sure to take a hike on Independence Trail. Off the beaten path is a small creek that empties out into the South Fork of the Yuba River. This small creek is teaming with California Newts. The first time we went there, a few years earlier, we picked up some of the newts and cooed over them. Later, Shannon looked them up and found that they secrete a white toxic substance through their skin to ward off predators. That must have been why they were completely unconcerned with us. Good thing we didn't eat one.

I like taking photos of animals, landscapes, and sporting events. What do those three have in common? None of those subjects care one bit that you're holding a camera. Athletes tend to be focused on the game, landscapes aren't exactly self-aware, and animals generally don't like you near them, but you might as well be holding a book as a camera. When shooting people in other situations, cameras have a tendency to, by their very presence, influence the subject. Sometimes it's for the better, but usually not. I have far too many pictures of people with stupid grins or uncomfortable grimaces. Animals don't do that. Sometimes you get a shot of a deer that looks scared out of its wits but animal facial expressions are usually too subtle for us to comprehend. 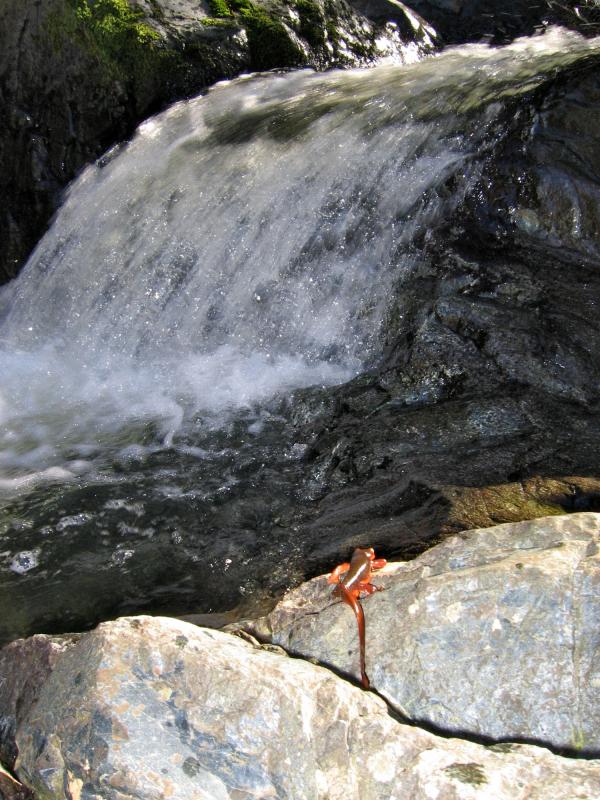