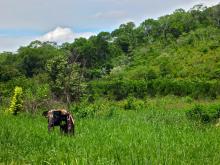 I had landed the day before and picked up Dad from Georgeville. El Pilar Archeological Reserve was the first destination on the itinerary for our Great Belize Adventure.

We hopped in our little chariot after a nice breakfast and headed north-west out of Bullet Tree Falls towards El Pilar. Dad picked up a trail book at our resort, which proved to be very useful. 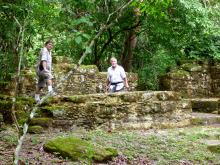 El Pilar was about 8 miles away. Not so bad, you say? Well, the road was unpaved, and by that I mean grueling. Think the Indiana Jones ride at Disneyland, but far more bumpy. It took almost 40 minutes to get there, and we enjoyed every minute of it. We passed farms, lodges, and lots and lots of practically untouched jungle. The rusted frame of a car long since abandoned and overgrown just added to the ambiance.

There was one person at the entrance to El Pilar to take our park fee and we signed the guestbook. The last people to visit were our Cohune neighbors two days ago. I guess this is the low season. 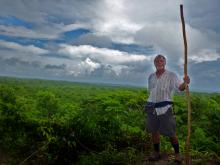 There are three trails to walk and we did them all. It was way more like a jungle hike than a tourist trap, which we certainly were happy about. Plants and trees were labeled, and now and then we came across Mayan ruins as if we discovered them ourselves. There were tunnels which we walked down into the ruins, and lookouts where we could see well into Guatemala. 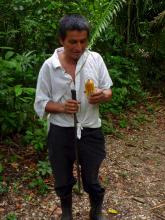 We found a strange fruit tree that had fruit shaped like overgrown peaches, but when split open, had a gooey pulp inside. Also, there were bright orange centipedes all over the place.

As we were checking out the Chert tool-making location, a guy with a large machete approached us. Turns out that he was just working on clearing the path to a future site in Guatemala. He was nice and explained some of the finer aspects of Mayan life.

The trip back seemed a little quicker. Maybe because we were going downhill. It was a great beginning to our Belize adventure. 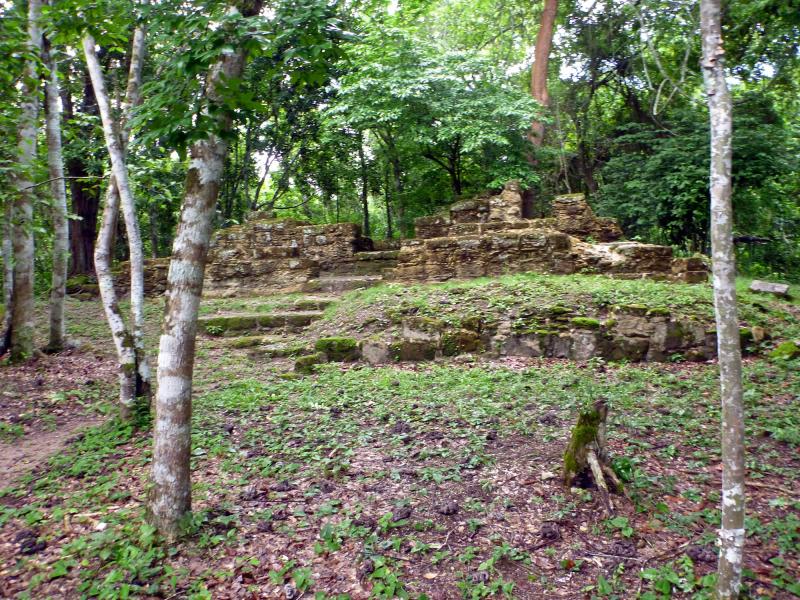 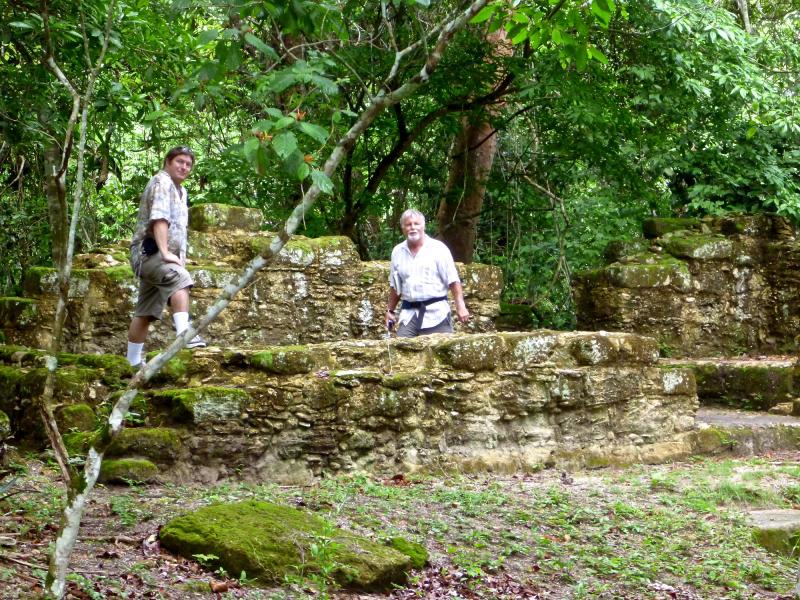 Me and Dad at the Mayan Homestead 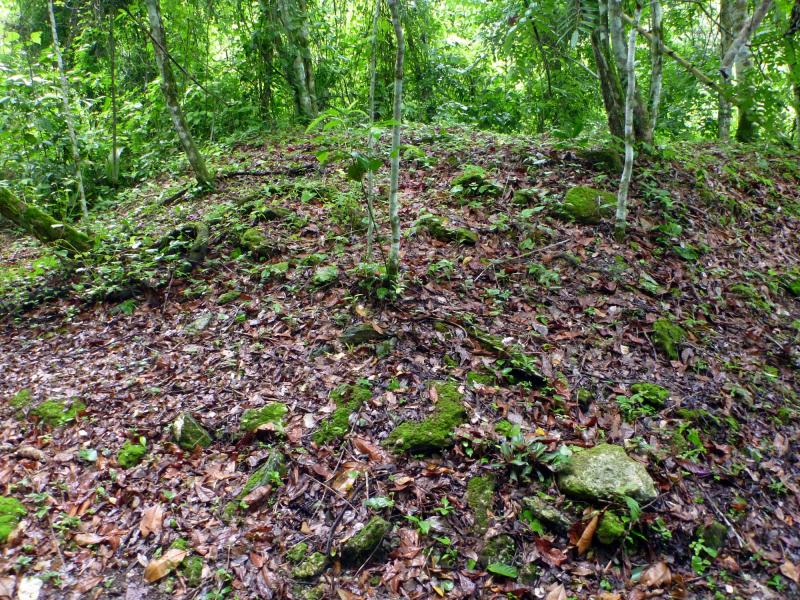 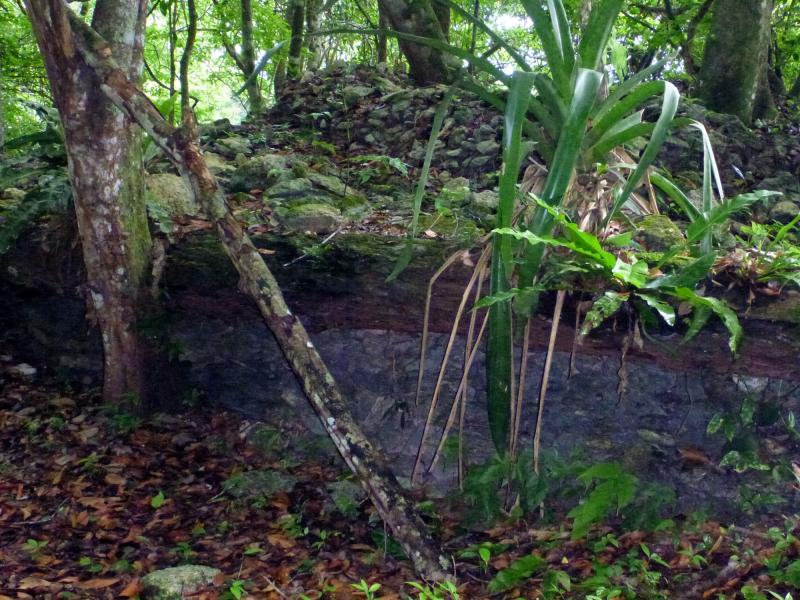 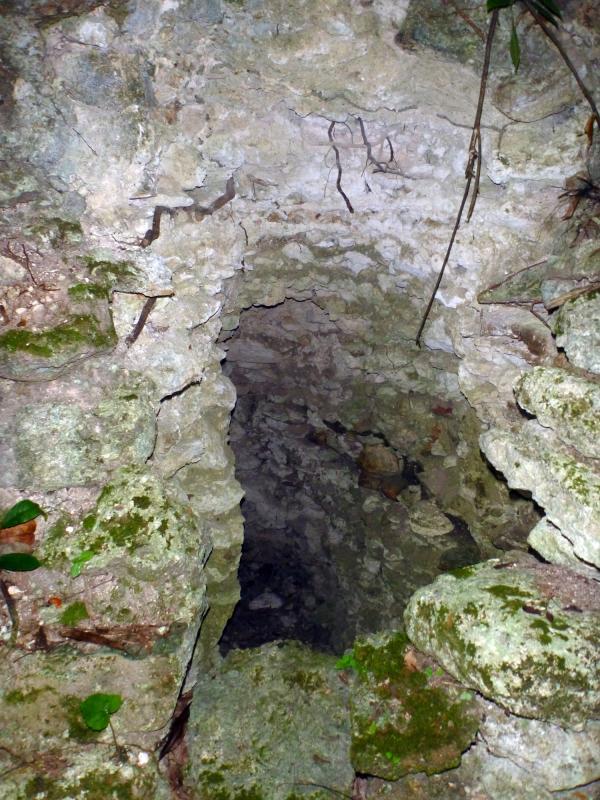 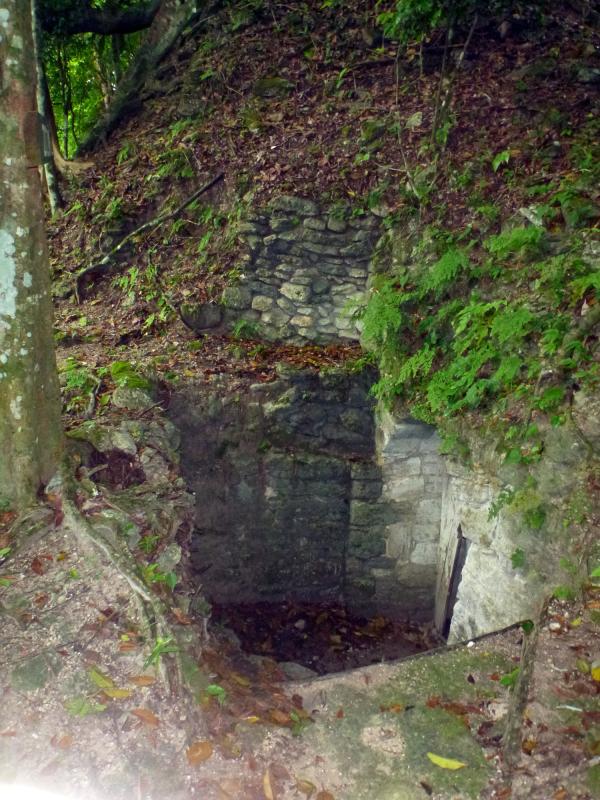 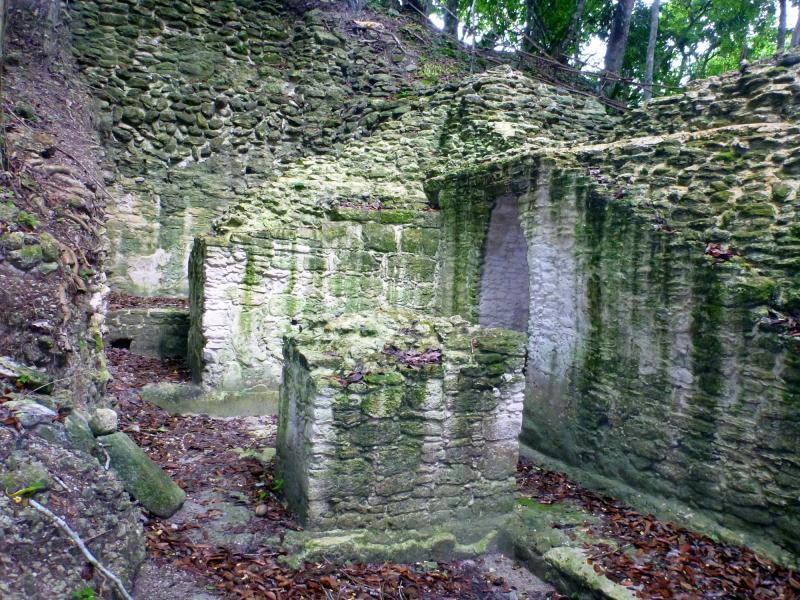 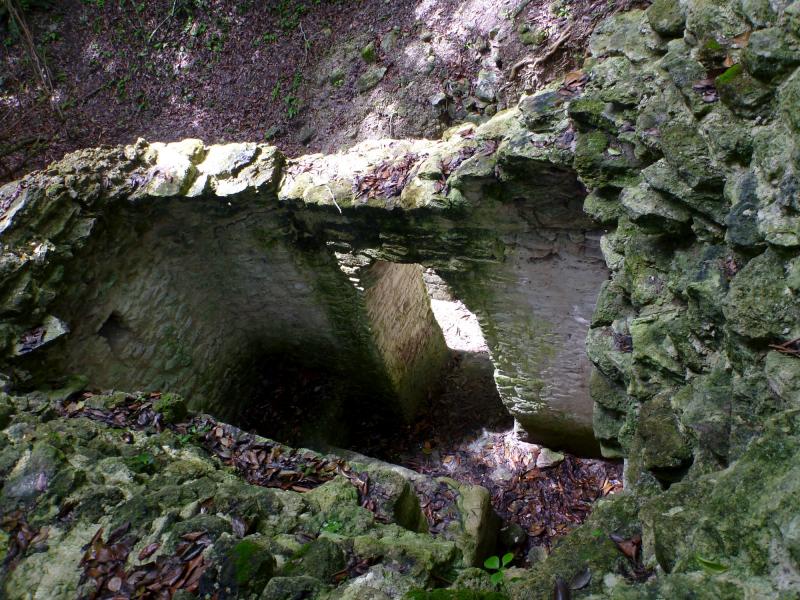 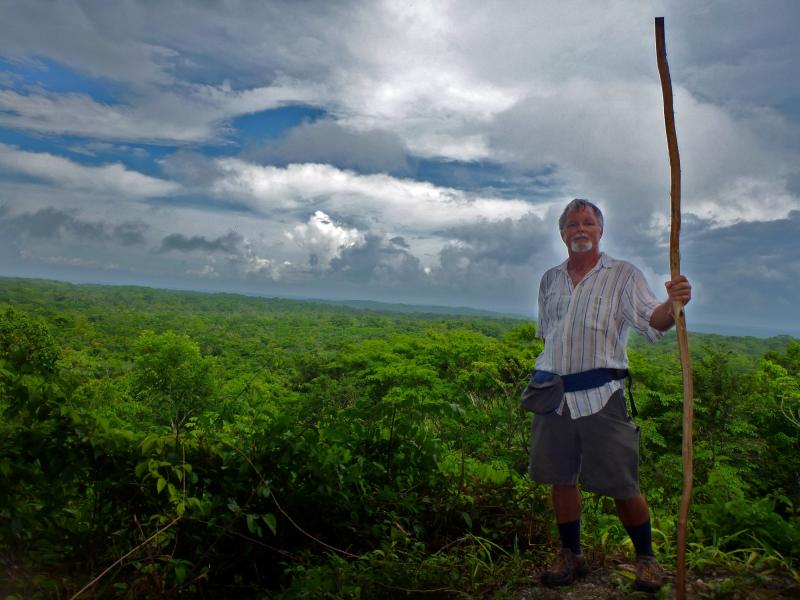 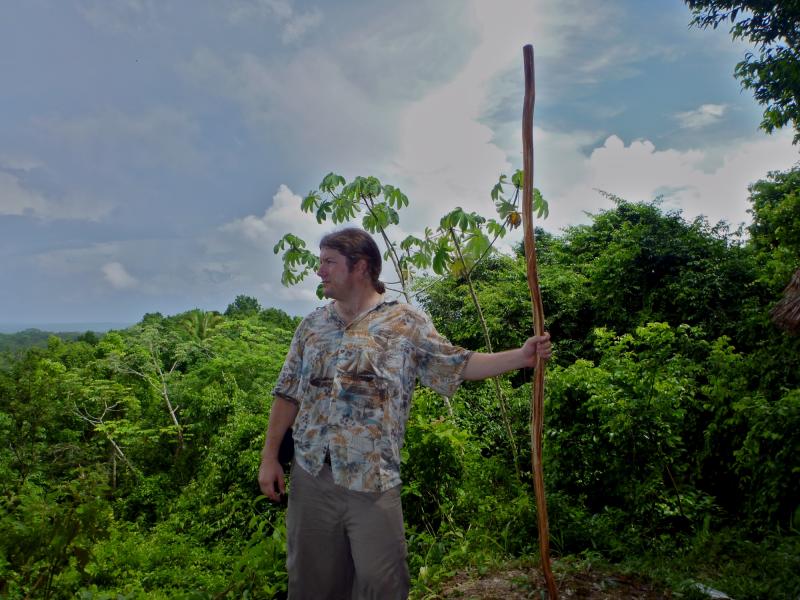 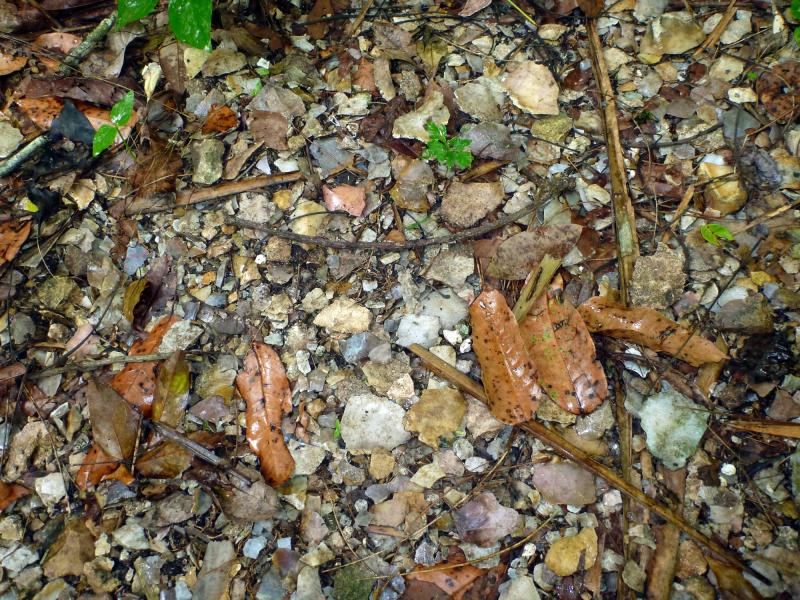 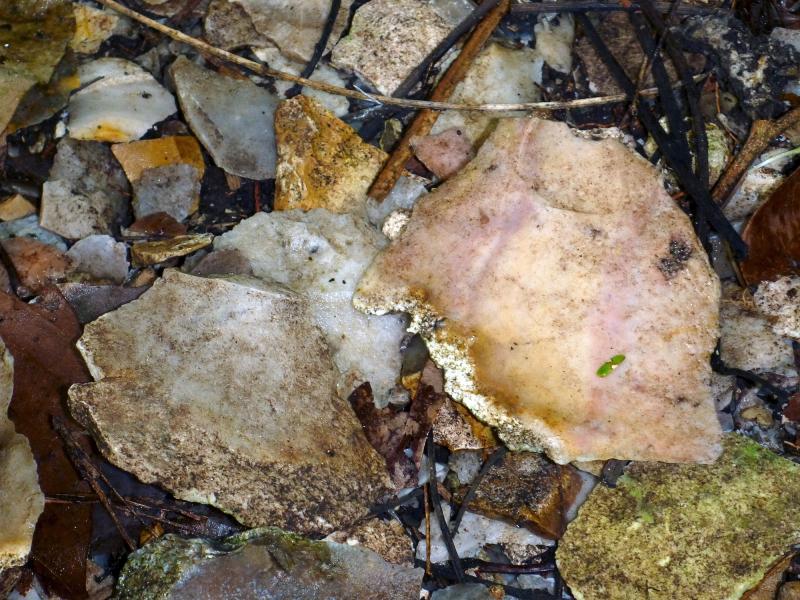 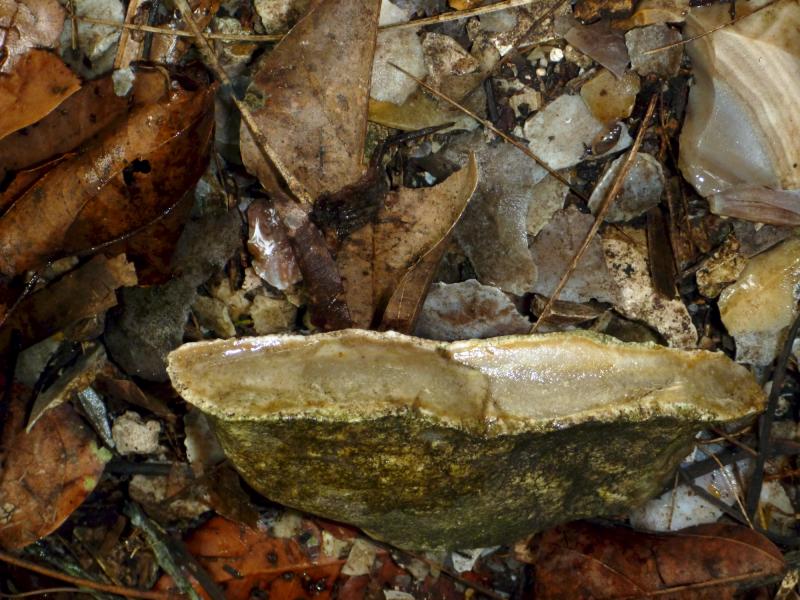 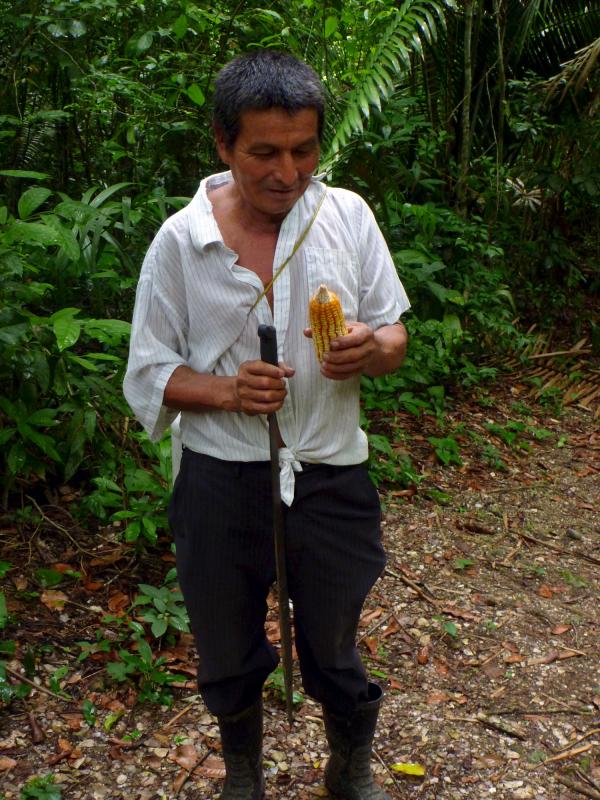 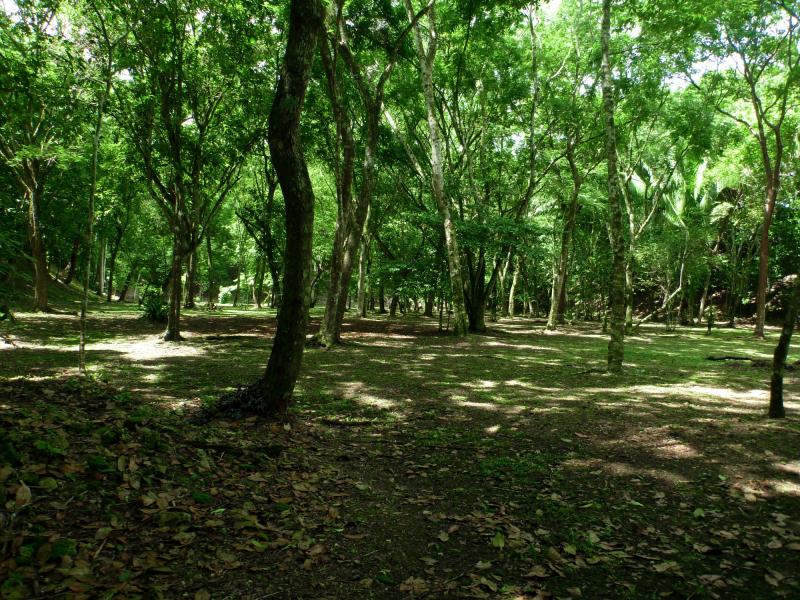 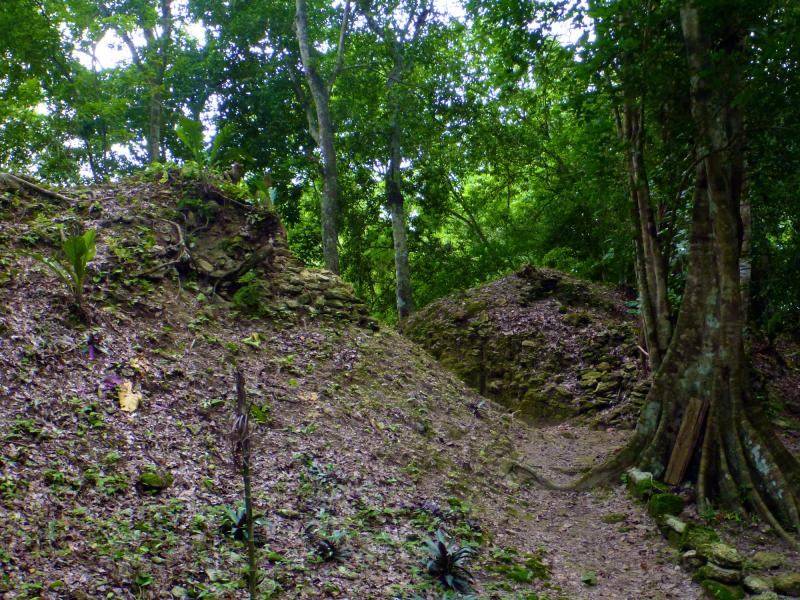 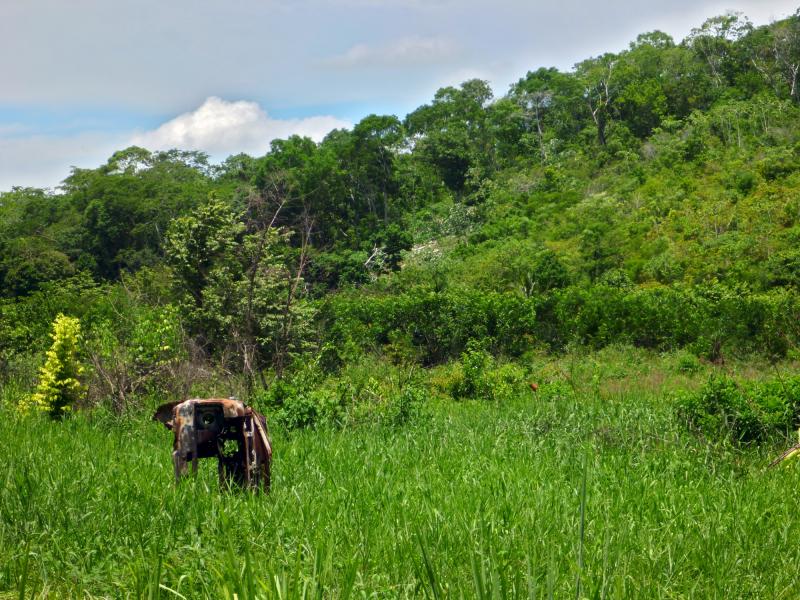