Day 5: Snorkel time. We had booked an all-day snorkel trip with Ragamuffin Tours before we arrived. They have this great sailboat to take you out to the reef.

We hurried to get to Raggamuffin by their 10:30 start time, but ended up waiting around until well after 11 before we actually got into their boat. Apparently their cool sailboat that we were supposed to take got stuck in Placencia due to the extensive rainstorms last night so we climbed aboard a pontoon and headed out to the reef for some snorkeling.

Turned out for the best, though because the seas were still a little rough and the sailboat would have been unpleasant.

The first spot we hit was Hol Chan Marine Reserve. Hol Chan means "little channel" which is an apt description. It's like a chunk of the reef, 30' deep and 100' wide was just cut away. The result, though, is that lots of rich water flows through it and that brings a huge abundance of fish. I saw far more and larger fish on this snorkel than in both of yesterday's scuba dives combined. Also, since it's a reserve, there's no commercial fishing. That probably helps too.

We saw what we thought was a small manta ray, but was probably a devil ray. Lots of tarpon, snapper, and huge schools of other fish. There was a small tunnel in the reef at about 20' deep that we could swim through. Only myself and one other guy did.

The second stop was Shark and Ray Alley, also part of the Hol Chan Marine Reserve. The sharks and rays are attracted to the boat's motor because they know that means chum time. Our guide started chumming and we hopped out of the boat to greet the nurse sharks and sting rays. Both completely harmless, of course, but it was definitely fun to swim around with such large creatures. They didn't mind us at all.

There was also a green sea turtle that we followed around for a bit. We had to stay 3m away from it, but it also didn't seem to mind us at all. It was missing it's front right flipper, poor guy.

The next stop was a place where manatees are often spotted. We didn't see any, so we didn't linger and moved on to the next spot.

Coral Gardens is part of the "general purpose" area, which meant if I found a lobster, I could keep it. That's exciting! I donned my gloves, grabbed my goodie bag, and went out in search of lobster. Didn't find any, but the coral structures at this place were amazing. Lots of nooks and crannies so I can really see how lobster would enjoy it here. I also saw two reef squid swimming around, which was also fun.

We went back to the manatee place, but our guide could tell by the movement if the snorkelers in the water that there was no manatee around, so we didn't even bother. It was time to head back.

Our guide brought the boat to the back side of the north section of Caye Caulker, which is largely undeveloped mangrove swamp. He served up rum punches while explaining the lifecycle of the mangrove tree, and related the interesting fact that they don't have a trunk. They grow branches haphazardly directly out of the roots. This is helped by the fact that the roots stick up out of the water six feet or more. Inside the north section there are a couple of lagoons that usually contain saltwater crocodiles. They don't come down to the south section usually, but they did have a problem once when a restaurant was dumping it's leftover food into the ocean on the western side of the island. Before too long, crocs started showing up to eat the food, but also decided to start going after dogs, cats, and anything else that was dumb enough to get too close. The people rightly decided that it was only a matter of time before some kid gets chomped, so the restaurant stopped dumping the food, and they relocated the crocs to another island.

Our guide was funny, knowledgable, environmentally conscience, and all around a real pleasure to ride with. 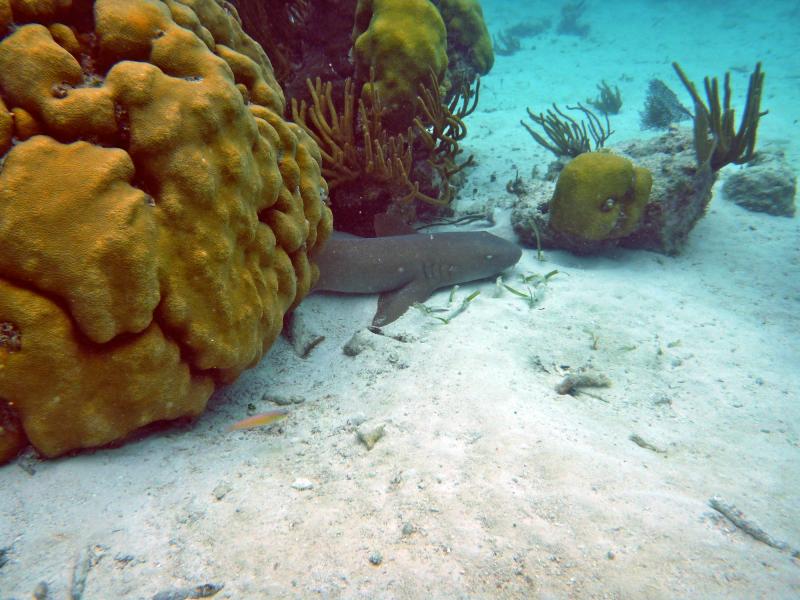 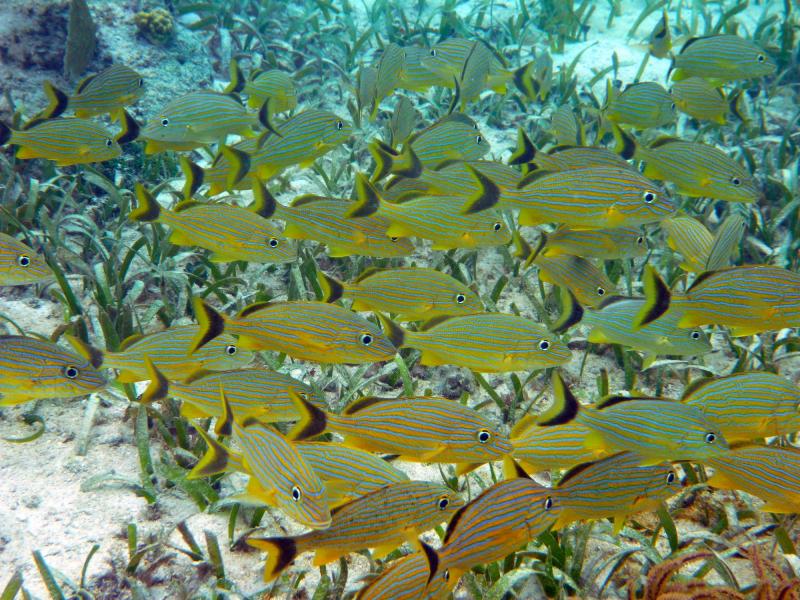 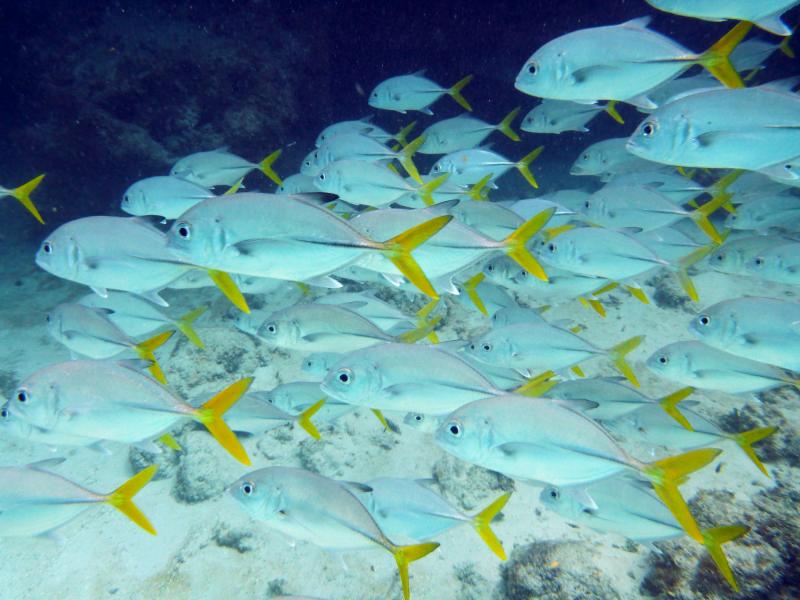 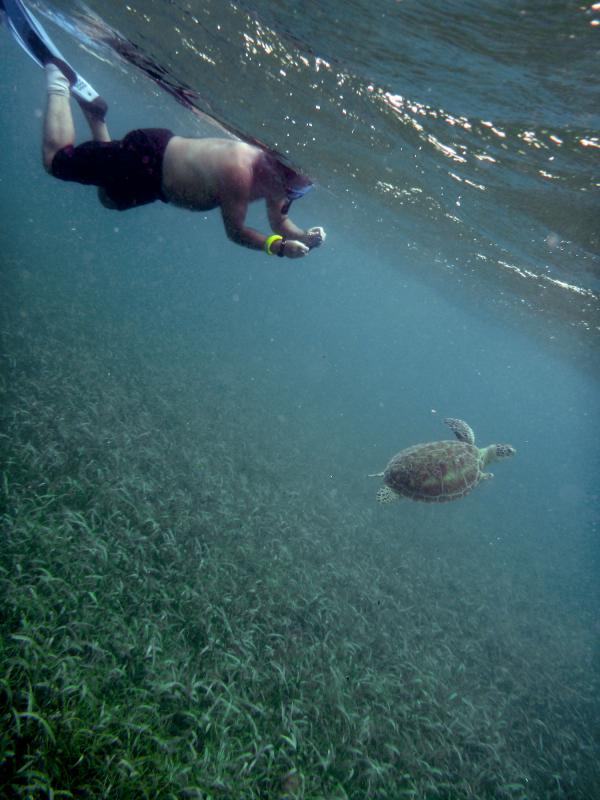 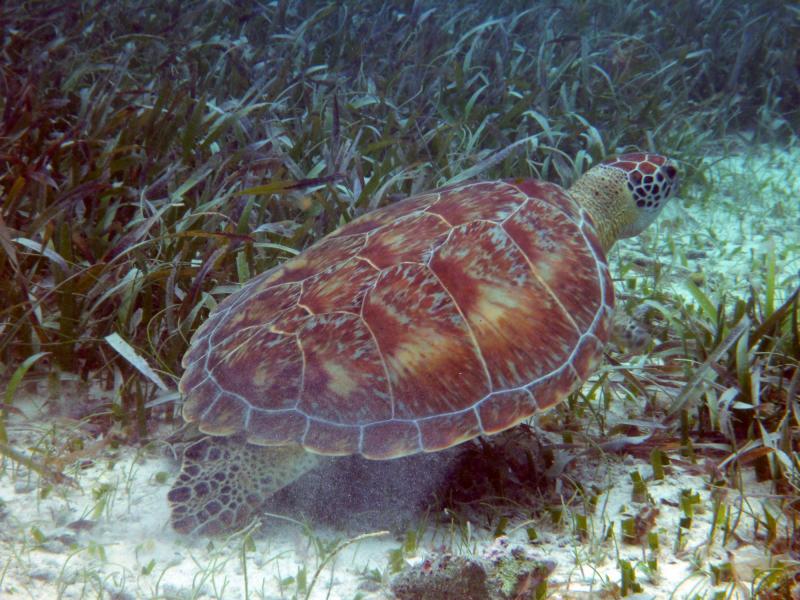 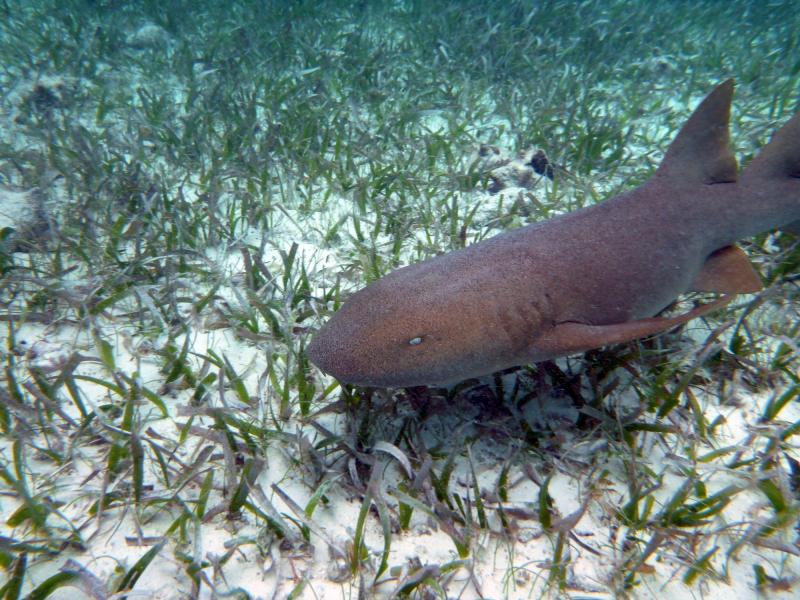 Nurse Shark in the Grass 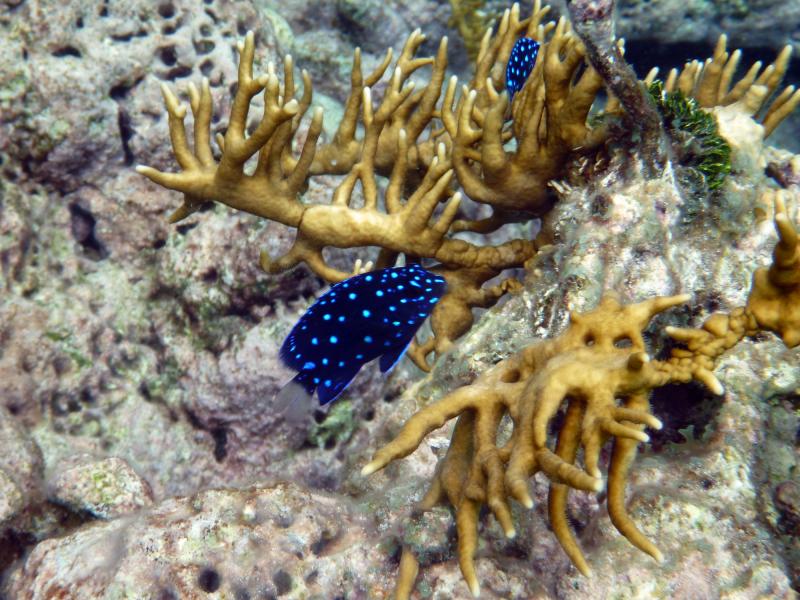 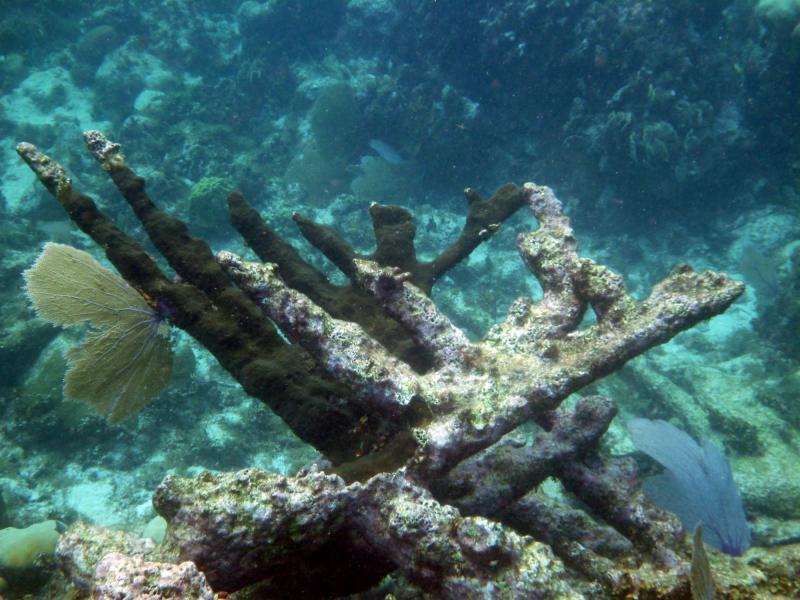 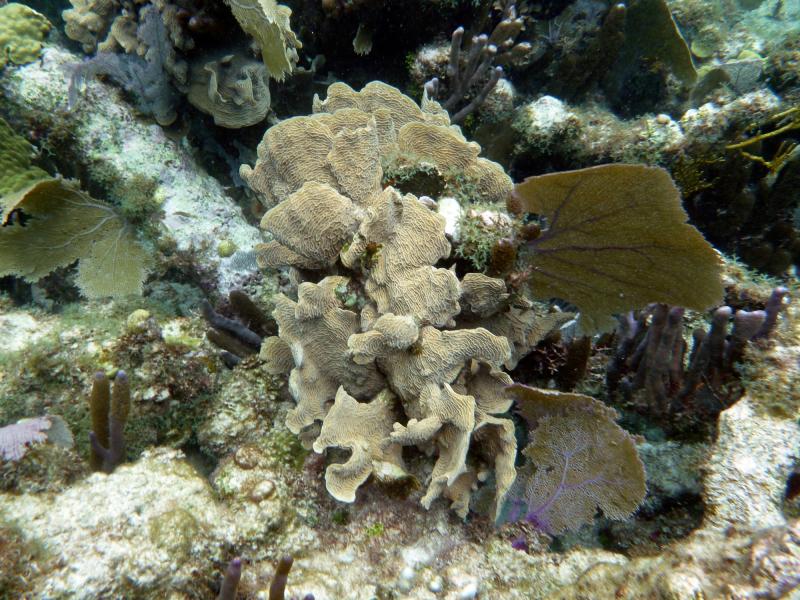 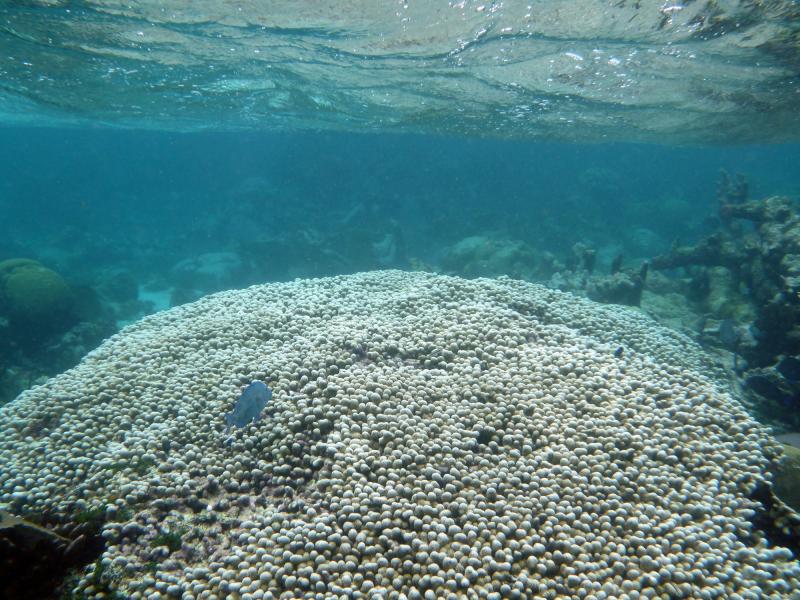